Mac vs PC – Which one do you choose?

Mac or PC…Mac or PC….which one to choose?  The age old question that I’m sure you have heard a million times; “Mac vs PC?”. There will always be someone telling you why you should get one over the other and why that one is the best.  So now it’s my turn to weigh in.  And there is no hiding it, over the years I have been a big advocate of PCs and Windows for that matter.  If you follow our blog, this is evident.

Not everyone knows this but Apple was the first company to introduce a GUI (graphical user interface) to the world.  A short while after Apple’s debut, Microsoft introduced their first GUI, Microsoft Windows which is currently on 90% of the computers in the world and is dominating the OS market.

Now you may ask, why isn’t Apple more popular if it came out first? The reason for this is simple, Microsoft designed its operating systems to be compatible with various hardware created by many different computer companies such as Dell, Lenovo, Toshiba, HP, etc.  It sold its OS to these companies, allowing a wide-range circulation for its OS.  Therefore, with a PC there are options for everyone, no matter what tasks you need it to perform or what budget you might have.  Apple has strictly fabricated their OS to fit perfectly in their hardware only.

People used to say (me being one of them) that if you were big in graphics and photography, then the Mac is for you.  However, I don’t believe that is the case any longer.  Due to the enhancement of the feature rich Windows 10, Microsoft has taken its flagship OS to new heights.  With the incorporation of Touchscreen and Speech using Cortana, the sky’s the limit!

Another misnomer is that Macs will never get a virus and that PCs are more at risk.  While this statement is somewhat true, you are more susceptible to getting a virus when you are using a PC but that is because there are more PCs than Macs in the world.  Up until now, Macs have stayed off many Hacker’s radars but that could change soon.  Nowadays, hackers are out to fool people in giving away account information rather than causing havoc, and it won’t matter what device you use.

Bottom line, what do you choose?  To be honest, after reading my own blog I’m not sure anymore. Just kidding.  I would still lean toward your traditional PC but the Mac has made its mark and has its niche market.  Ultimately only you know what is best for you and your computer needs.

However, if you need help deciding our team is here to help answer any questions you might have.  On the other hand, if you are “Team PC” or “Team Mac”, tell us what you prefer and why. 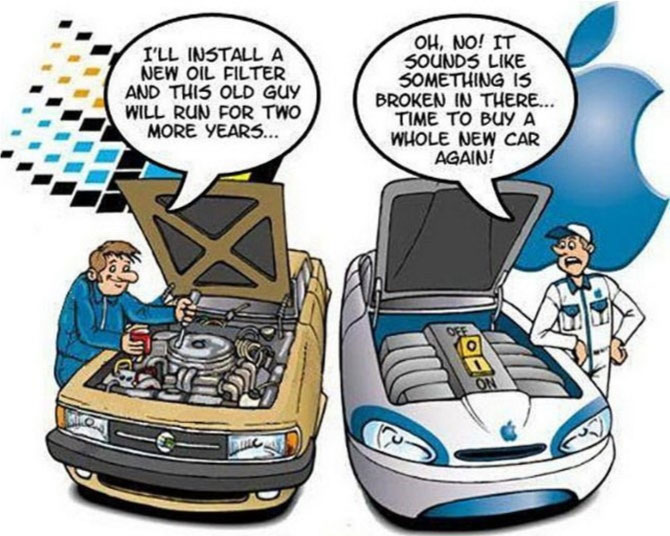 Contact us or come in today for all you Communication needs.

Our Most Recent Blog Posts