Make sure your site is secure

Get the green bar and know your site is secure

Today’s online shoppers are savvy about online security. Before completing a transaction or sharing personal information with you, online visitors need to know that your website can be trusted. Secure Socket Layer (SSL) Certificates provide a visual indicator that your website is legitimate and secure. 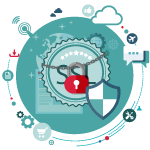 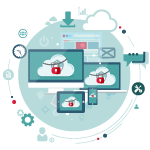 Browser and devices compatibility is the most important part of SSL usage. The SSL Certificates we sell are supported by 99.9+ browsers and devices.

Establish trust and online security for your website visitors and business.

Google wants to make the web safer and a big part of that involves making sure that the sites people access via Google are secure. That’s why websites using SSL have been shown to benefit from higher ranking in search results.

There’s also a lot more reasons why you should consider adding SSL to your website:

Activate HTTPS and the lock icon

RapidSSL certificates are among the most affordable in the industry.  Buy a certificate and speed through enrollment with automated domain control validation.

Cost-effective protection and industry defining strength.  Protect your non-transactional and/or internal sites with up to 256-bit encryption. Without spending any more than you have to.

With QuickSSL Premium wildcard certificates, you get unlimited subdomains and on an unlimited number of servers – one certificate that will adapt as your business grows.

These certificates are one of the quickest ways for you to start protecting online transactions and applications with SSL. With GeoTrust, you get inexpensive SSL without sacrificing convenience, choice, or reliability.

You can call 1-866-320-0011 or fill out the form to find out about our other SSL Certificates we carry and we will get back to you as soon as possible.

What we can help you achieve

While all SSL certificates use similar methods to protect and validate your data, the level of trust and assertion they provide varies.

Extended Validation Certificates offer the highest level of validation and trust. They validate and display the name of the company or organization along with the green address bar which is one of the most highly recognizable trust indicators on the web.

How we stack up where it matters!

Learn why AllCore is the right choice

At AllCore our focus is to leverage technology in an effort to simplify the life of our business clients. In order to achieve this goal we are constantly exploring new technologies, solutions and their applications for our clients.

A new domain name and an SSL certificate can give your website the professional image you need to take your business to the next level.

Need help picking the right SSL certificate? Ask our team about which one is the right choice for your business or find out how you can get your SSL certificate for free with our E-Commerce hosting plans and save a bundle. 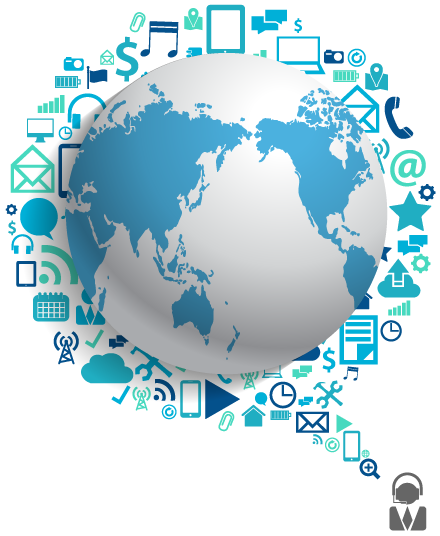 The Secure Sockets Layer (SSL) protocol has become the universal standard on the Web for authenticating sites and for encrypting communications between users and Web servers. Because SSL is built into all major browsers and Web servers, simply installing a digital certificate or Server ID enables SSL capabilities.

SSL server authentication allows users to confirm a Web server’s identity. SSL-enabled client software, such as a Web browser, can automatically check that a server’s certificate and public ID are valid and have been issued by a certificate authority (CA) — such as VeriSign — listed in the client software’s list of trusted CAs. SSL server authentication is vital for secure e-commerce transactions.

An encrypted SSL connection requires all information sent between a client and a server to be encrypted by the sending software and decrypted by the receiving software, protecting private information from interception over the Internet. In addition, all data sent over an encrypted SSL connection is protected with a mechanism for detecting tampering — that is, for automatically determining whether the data has been altered in transit. This means that users can confidently send private data, such as credit card numbers, to a website, trusting that SSL keeps it private and confidential.

Why do I need an SSL Certificate?

SSL Certificates are an essential part of the internet. They not only encrypt communication between your computer and the server where a website is located, but they also provide verification that a site is what it claims to be.

What are the different types of SSL?

There are 3 different levels of vetting that SSL Certificates are based upon. Domain Validated (DV), Organization Validated (OV), and Extended Validation (EV). The major difference between the types of certificate relates to the information the Certificate Authority, RapidSSL, GeoTrust and Symantec, requires and validates in order to issue a certificate. The higher levels of certificate require more information and often is displayed in the browser bar. EV SSL, for example, turns the browser bar green and displays the organization name to visitors to generate more trust.

What is a Wildcard SSL Certificate?

What are the advantages of an EV SSL Certificate?

EV, or Extended Validation, is the highest class of SSL available today and gives more credibility and trust to your website than other SSL Certificates. They include features such as the green address bar and display of your company name that have been proven to boost trust and consumer confidence.

Only SSL Certificates with Extended Validation (EV) will trigger high security Web browsers to display a green address bar with the name of the organization that owns the SSL Certificate and the name of the Certificate Authority that issued it. The green bar shows site visitors that the transaction is encrypted and the organization has been authenticated according to the most rigorous industry standard. For better online performance and added customer confidence, choose Secure Site with EV SSL Certificates. (SSL Security and Extended Validation.) 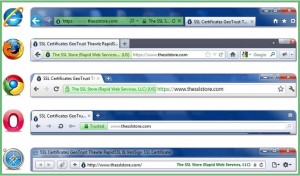 What if I already have an SSL Certificate?

You can switch to us at any time.  We offer highly competitive pricing and if you already have an existing certificate, we’ll add any remaining validity that you have on your existing competitor SSL Certificate up to a maximum of an additional 12 months. Learn more

Contact us or come in today for all you Communication needs.

Our Most Recent Blog Posts